coupon for tamiflu azithromycin where to buy antibiotics to get rid of uti will flagyl cure chlamydia cost of ceftriaxone uti medication over the counter
28 C
Lagos
Wednesday, March 3, 2021

President Muhammadu Buhari on Thursday in Abuja signed the 2021 Appropriation Bill of N13,588,027,886,175 into law.
The News Agency of Nigeria (NAN) reports that the president’s action followed the earlier passing of the bill by the National Assembly on Dec. 21 during an emergency session convened for the purpose of passing the budget.
NAN observed that the signing of the budget is also in line with the president’s promise to return the nation to the January to December Budget circle.
NAN reports the budget estimate was increased by the sum of N505, 607,317,942 from the estimate of N13, 082, 420, 568,233 presented to the joint sitting of National Assembly by President Buhari on Oct. 8, 2020.
NAN reports that the signed budget comprises the total Capital Supplementation of N1,060,751,051,650.
Statutory Transfer stands at N496,528,471,273; recurrent Expenditure of N5,641,970,060,680 and Gross Domestic Product (GDP) growth rate of 3.00 Per cent.
It also provides N3,324,380,000 trillion for debt servicing while N5,641,970,060,680 is for Recurrent Expenditure; and N4,125,149,354,222 for Capital Expenditure.
NAN reports that the president also signed the 2020 Finance Bill into law.
NAN reports that those who witnessed the signing of the budget include the Vice-President, Yemi Osinbajo, Senate President Ahmad Lawan and the Speaker of the House of Representatives, Femi Gbajabiamila.
Others at the Council Chamber were the Secretary to the Government of the Federation, Boss Mustapha, some cabinet ministers as well as few top government officials.
sharing is Caring... Please Share 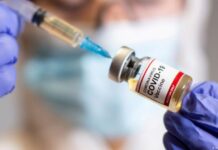 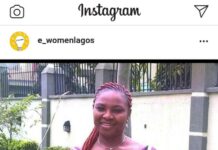 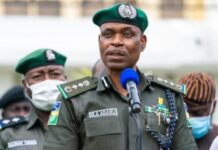