Politician and media mogul has lost his closest personal aide Gabriel Agorye. Popularly known to many as Uncle Gabriel, he was in charge of many of the domestic affairs of the multi-billionaire, including some financial transactions.

Gabriel Agorye started his career with Dokpesi as early as when he was in the Shipping industry and started Nigeria’s indigenous shipping line, the defunct African Ocean Lines. He moved with Dokpesi to form his personal shipping line Baldock Shipping lines before moving to Daar Communications.
Crosa River born Gabriel Agorye who clocked 60 in 2019, was said to have checked himself into the hospital on Monday after he felt funny and his speech began to slur but he never came out of the hospital alive.
Tributes
Children of Dokpesi describe the death of Uncle Gabriel as a rude shock. One of the daughters, Homtopua Dokpesi recalled some beautiful moments with the deceased.
“We were gayly dressed in beautiful patterned dresses with roses of so many colours that could be likened to dolly parton’s coat of many colours. We were given baskets filled with red roses to pour all over the walkway where the bride and groom would walk on . We were all excited. It was my first official duty as a Bridesmaid. It was no other than the wedding of my darling Uncle Gabriel to his darling wife.”
“When it was time to ask daddy for money or to submit your list for school and you were not sure if the coast was clear, uncle Gabriel would always be there to give you the needed expo. Even when you have submitted, Uncle Gabriel would chase the paper for you until approval, and on approval would ensure that the funds get to you in very good time. Adieu Uncle Gabriel Till we meet to part no more!!!”
Another colleague of Gabriel Agorye, Prince Godfrey Usifoh had this to say about him ” Mr. Agorye, fondly called ‘Oga Gabroz, by my humble self was a special friend, close colleague, a diligent man and a most worthy, respectful, fun-loving, honest, dedicated to work whose humanistic empathies are spoken of everywhere and anywhere he steps into”
A close friend of the Dokpesis, Buchi Lenoir described Gabriel as “cantankerous in his ways but in a good way, and that made me love him as an older brother even more”.
Reports say Dokpesi is devastated and is yet to come out with an official statement.
sharing is Caring... Please Share 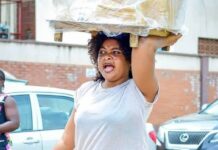