According to her, Nigerians should not be demanding money from politicians before voting for them.

Ojikutu, who was sworn-in as Deputy Governor exactly 26 years ago on January 2nd 1992, said this in a chat with NewTelegraph Newspaper.

He said: “I can recall my principal (Governor Michael Otedola) while we were in office saying ‘they have taken all my money, so what did they want from me again?’ When you use your personal money to fight for a position; definitely you are not a fool, you must work toward recouping your money.
“So, I always ask what is Nigerians looking for?
“Somebody will come out and use all his life savings to fight for a position and when he gets there, you expect him not to deep his hands into the treasury? Nigerians should not be demanding money from politicians before voting for them.

“Let them showcase what they want to do for you and then you can hold them accountable when they get to office and are not doing what they promised the people. People should vote for their conscience and those you know will not steal. We have people who have good track records.
“But some Nigerians have the belief that it is everybody that serves in public office that steals; it is not everybody that gets to public office that steals if people do not encourage stealing.”

On why she has been missing from Nigeria’s political scene in recent years, she said: “Corruption made me to be silent because I could not cope with what I was seeing and hearing.

“I am not a saint but at the same time, I cannot be part of any corrupt system. I stepped down my activities in politics after the death of Engr. Funsho Williams because my mother called me and said, ‘Sinatu, you will not steal and you will not allow others to steal, what are you doing in politics? I want you to bury me. I don’t want you to die before me. Look at the way your colleague was killed.’

“I listened to her and started stepping it down gradually. I did that because I cannot do a do-or-die politics. 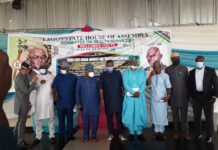 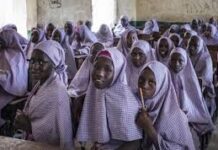 I Crossed To The APC Because Of Speaker Obasa’s Exemplary Leadership... 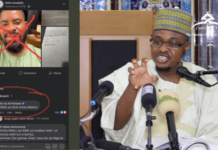 Alleged Extremism: Pantami Rains Curses On Adeyanju Over Letter To US,...