Akeem Zakariyah, the younger brother of the late electrician, Kozeem Zakariyah, has made some revelations on the circumstances surrounding the death of the 42-year-old man, his wife, their four children and two guests.

She Was Dating Seun Egbegbe While We Were Still Married- Toyin... 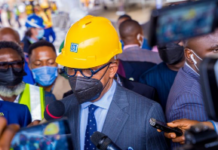