The recent decision of Joint Admission and Matriculation Board (JAMB)’s decision to lower cut-off marks for admission into Nigerian universities and polytechnics was condemned by most Nigerians who believed the education system of the country is being embarrassed this might have arose a suspicion as House of Representatives has begun an investigation into what could have been the reason for such decision.

To get to the root of the matter, the House has mandated its Committee on Tertiary Education and Services to investigate the circumstances which led to reduction in the cut-off marks.

The committee has been given four weeks to report back to the chamber for further legislative action.

The resolution was sequel to the adoption of a motion on the need to investigate the reduction in the cut-off marks for admissions into tertiary institutions in Nigeria,” sponsored by Hassan Saleh.

Leading the debate, Saleh expressed worry that the new policy is bound to lower the standard and quality of education in tertiary institutions as many candidates, who perform poorly in the UMTE examination, “could secure admissions through nepotism, bribery and corruption while many other candidates, who perform excellently, could be denied admission.”

But, Ahmed Pategi disagreed with Saleh.

He noted that JAMb’s decision was in order.

Pategi argued that stakeholders in tertiary education were in unison with JAMB on the new policy and that it would be unfair to deny a child admission into a higher institution simply based on his/her UTME score, even after 11 years of basic education.

But, Pategi stood alone as his colleagues took turns to call for a reversal of the policy.

They argued that universities are supposed to be centres of excellence for learning, research and innovation, hence, the need to always admit the best candidates, in order to produce graduates that can compete favourably with their peers, anywhere in the world.

On his part, Afe Oluwookere described the policy as detrimental to the country’s push for economic growth and development. 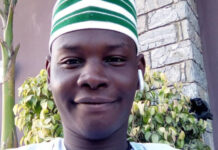