Just last week the news of the sudden death by suicide of a beautiful Youth Corper Princess Bolufemi Motunrayo from Kogi state serving in Enugu state made the headlines, though she dropped a suicide note which reads, “I See Nothing Worth Living For In This World” those who know her expressed shock over the death of the beautiful, intelligent and lively corper, while many also had reservations as to why a serving youth corper willl take her own life.

The News Gazette Online investigation have revealed the reasons behind the extreme actions of late Bolufemi Princess who took her life by consuming two bottles of sniper, a poisonous insecticide.
Information gathered by The News Gazette Online through a close friend of the deceased revealed that the 27 years old National Youth Service Corps (NYSC) member and a graduate of Business Administration and Management from Prince Abubakar Audu University, Anyigba, Miss Princess Bolufemi Motunrayo, decided to take her own life because of a love affair her parents objected to.
According to our source who is also a fellow corp member and close confidant of “Miss Bolufemi she revealed that late Princess Bolufemi took her fiancée to her parents for marriage introductions and possible marriage rites but her parents rejected her suitor and insisted that she must not marry the man she loved, following her parent’s disapproval of her lover Miss Bolufemi Princess became so depressed and devastated and decided to end it all by committing suicide.
“I tried my best talking to her, I told her to calm down, I didn’t believe she could go to the extent of killing herself over the matter”
She blamed Bolufemi for committing suicide and insisted that it would have been better to disobey her parents, go ahead marry the man and live to face whatever follows than kill herself.
She blamed Bolufemi’s parents saying that if they had allowed her to marry the man that she loved she wouldn’t have committed suicide.
sharing is Caring... Please Share 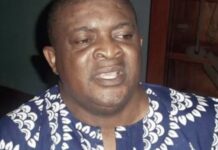