Super Eagles’ coach Gernot Rohr has said his team will have total concentration against Argentina today when they meet in a crucial 2018 FIFA World Cup Group D match.

Rohr said at a pre-match press conference on Monday that “Nigeria will play total football with intense attack against Argentina’’ in the match at St. Petersburg.

“We will focus on our game, as we are not concerned about Lionel Messi’s skills, even though he is a good player.

“In football, there is no mercy. So, we will not show any mercy for the Argentina team,” he said.

Speaking on if Ahmed Musa, the two-goal hero against Iceland, will be fielded against Argentina, the Super eagles coach said the player is good and deserves to play.

“He had a wonderful outing against Iceland. I hope he will do it again. Last year when he was not playing at club level, we had difficulties with his performance.

“I came to Russia to monitor and watch him in Moscow, but now he is hot. He is going to play against Argentina,” he said.

Rohr, who promised to retain the 3-5-2 formation which silenced Iceland, assured of team captain Mikel Obi’s fitness for the match in spite of the hand injury he sustained.

“Mikel’s injury is not too serious, and I promise you that he will be on duty today as the team’s captain.” 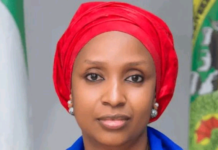