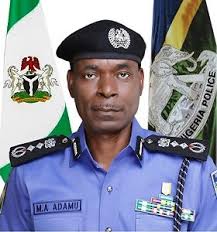 A legal practitioner, Ebun-Olu Adegboruwa (SAN), on Thursday faulted the extension of the tenure of the Inspector General of Police, Mohammed Adamu, by three months saying it cannot be done without the advice of the Nigeria Police Council.

The Minister of Police Affairs, Mohammad Dingyadi, on Thursday, said President Muhammadu Buhari decided to extend Adamu’s tenure as the IGP for three months “to allow for a robust and efficient process of appointing a new IG.”
The minister disclosed this in an interview with State House correspondents at the Presidential Villa, Abuja.
Recall that Adamu’s tenure ought to have expired on Monday when he attained 35 years in service.
Adamu remained at his duty post since Monday, fuelling speculation that his tenure could have been ‘secretly’ extended.
The situation made a lawyer, Maxwell Okpara, to ask a Federal High Court in Abuja to stop Adamu from parading himself as the IGP forthwith.
Justifying the three-month extension, however, Dingyadi said it was meant to ensure that a right officer was appointed to replace Adamu.
The minister said, “Mr President has decided that the present IGP, Mohammed Adamu, will continue to serve as the IG for the next three months to allow for a robust and efficient process of appointing a new IGP.
“This is not unconnected to the desire of Mr President to, not only have a smooth handover, but to also ensure that the right officer is appointed into that position. Mr President is extending by three months to allow him get into the process of allowing a new one.”
However, a legal practitioner, Ebun-Olu Adegboruwa (SAN), on Thursday maintained that the Nigeria Police Council must be involved in the extension of the IG’s tenure.
According to him, having served the mandatory years of service, the IGP ceased to be a member of the Nigeria Police Force from the date of his completion of his service.
Adegboruwa made the clarification in a statement titled, ‘The purported extension of the expired tenure of Mr. Adamu as Inspector-General of Police is illegal and unconstitutional.’
He cited Section 215 (1)(a) of 1999 Constitution which stipulated that “there shall be an Inspector-General of Police who, subject to Section 216(2) of this Constitution shall be appointed by the President on the advice of the Nigeria Police Council from among serving members of the Nigeria Police Force.”
According to him, Section 216(2) said, “Before making any appointment to the office of the Inspector-General of Police or removing him from office, the President shall consult the Nigeria Police Council.”
Adegboruwa said, “From all the above, when the tenure of a serving IGP expires on the ground of completing the mandatory 35 years of service, he cannot be asked to continue in office beyond his mandatory tenure.
“An IGP who has served the mandatory years of service ceases to be a member of the Nigeria Police Force from the date of his completion of his service. In this case, Mr Adamu ceases to be a member of the NPF from February 2, 2021.
“Under and by virtue of section 215(1) (a) of the Constitution and Section 7(3) of the Police Act, 2020, only a serving member of the Nigeria Police Force can be appointed as IGP. Mr Adamu, having completed his mandatory years of service in February 2, 2021, he cannot be appointed as IGP from outside the force.
“The President cannot appoint an IGP or extend the tenure of a retired IGP without the advice of the Nigeria Police Council, which in this case has not met to consider, let alone approve such tenure extension. The Federal Republic of Nigeria presently has no IGP properly so recognized by law.”
Also, a constitutional lawyer, Mike Ozekhome, SAN, described as arbitrary, illegal and unconstitutional the extension of the IG’s tenure.
The Cable reports that Ozekhome, while featuring on Politics Today, a Channels Television programme, said Buhari should have appointed a replacement for Adamu before the expiration of his tenure.
“The president was wrong to have purportedly extended the tenure of Mr Adamu. Did he not see what just happened in America that we modelled our democracy after? Before Biden was sworn in on the 20th of January, he had already assembled his entire cabinet.
“A fire-brigade approach and doing the things that are unconstitutional, illegal, unlawful, unconscionable, arbitrary, whimsical and capricious are the present acts of Mr President.”
Explaining that the Nigeria Police Force has its rules, which are different from the civil service, the lawyer maintained that that Adamu tenure extension contravened the Nigeria Police Act of 2020.
“The Nigeria Police Force is in a class of its own; that is sui generis. What do you mean by sui generis? It means that it is in a class of its own that does not go according to other laws, like the civil service rule, just like election petitions are sui generis and governed by electoral acts and electoral rules of procedures, and not by the ordinary service procedural rule that we know in our court.
“Section 7, sub-section 6 of the Nigeria Police Act 2020, what does it say? In very emphatic and categorical words, it says that the Inspector-General of Police shall serve for four years. Has Adamu served for four years? No. Could he therefore continue in office?
“Why you go to section 18, sub-section 8 of the same Nigeria Police Act of 2020, it makes it clear, unambiguously, that the Inspector-General of Police shall retire from office when he would have served for 35 years, or he has attained the age of 65 years,” he said.
sharing is Caring... Please Share