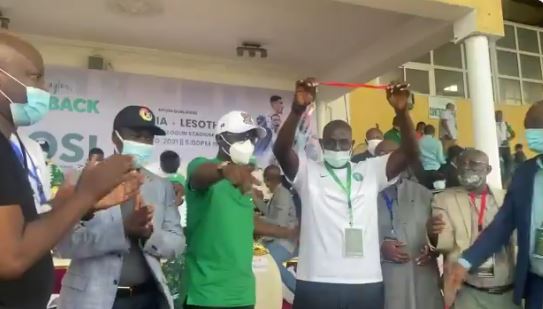 The Governor of Lagos State, Babajide Sanwo-Olu, has gifted a three-bedroom apartment to former Super Eagles player, Patrick Pascal.
Pascal was part of the Super Eagles team that won gold medal in football at the Atlanta 96 Olympics in the United States of America.
To honour the former footballer, Sanwo-Olu presented him with keys to the apartment located at Prince Abiodun Ogunleye Housing Estate, Igbogbo in the Ikorodu Area of Lagos.
The presentation was done on Tuesday at the Teslim Balogun Stadium during the half time of the Super Eagles African Cup of Nations qualifier game against Lesotho.
This was disclosed on social media by the Senior Special Assistant to the Governor on New Media, Jubril Gawat.
The aide shared a video from the presentation which he captioned: “Governor of Lagos State, Mr @jidesanwoolu
presents keys of a 3 bedroom Flat at Prince Abiodun Ogunleye Housing Estate, Igbogbo Ikorodu to @NGSuperEagles player Patrick Pascal… He was part of the team that won the gold medal in Atlanta 96.”
The Governor had earlier in the day presented cars to 13 teachers at the Lagos State Teachers Merit Award 2020, held in the Alausa area of the state.
sharing is Caring... Please Share 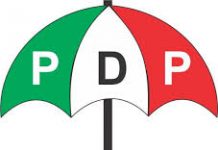