Super Eagles football team paid a courtesy visit to the Senate President, Bukola Saraki in Abuja on Tuesday, but they had different fortunes at the end of the day.

The athletes that represented Nigeria at the Commonwealth Games were treated to a gala and all they had after that was the ‘dreaded’ Presidential Handshake doled out by the Vice President, Yemi Osinbajo.

It was however completely different for the Super Eagles players who on their part met with President of the Senate of the Federal Republic, Distinguished Senator Abubakar Bukola Saraki (CON) on Tuesday night.

At a brief but gorgeous event inside the Transcorp Hilton Hotel, Abuja, Nigeria’s number three man and leading football enthusiast and financier hailed John Obi Mikel and his teammates and charged the Eagles to do well in Russia.

Mikel Obi responded on behalf of the team, thanking the Senate President and pledging that the Eagles are going to the World Cup in Russia to do Nigeria proud.

The NFF President, Amaju Pinnick then announced to the team Dr. Saraki’s gift of $50,000 (about N18m) to the team ahead of Saturday’s friendly with England’s Three Lions at Wembley Stadium in London.

There is also a yet-to-be-revealed ‘special package’ for the entire team “for every unreplied goal” scored at the FIFA World Cup in Russia.

Acts like this would continue to bring about bickering within athletes who continually alleged all the attention is on the Super Eagles at the detriment of other sports.

Lagos Assembly To Investigate Cause of Delay In Selecting New LASU... 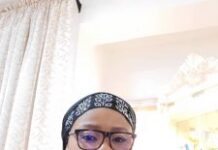