victoza cost at walmart klonopin price per pill where can i purchase penicillin how much does advair inhaler cost zoloft prices
28 C
Lagos
Saturday, February 27, 2021 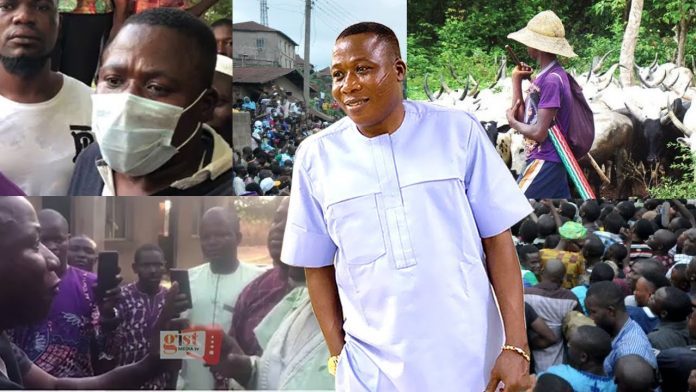 Residents of Kajola village via Ayete in the Ibarapa North Local Government Area of Oyo State have called on Yoruba rights activist, Chief Sunday Adeyemo also known as Sunday Igboho to come to their rescue from a group of armed herdsmen headed by one Iskilu Wakil.
One of the farmers in the village, Peter David, alleged in an interview with our correspondent on Sunday that Wakil and his fellow armed Fulani men had driven away farmers from the village since them served him a quit notice.
David said government security agencies, including Amotekun Corps, had failed to confront Wakil, who they accused of having sophisticated weapons and terrorising the villagers.
He said the people had been suffering incessant attacks and destruction of their farms from Wakil and his gang for long and added they had asked him to vacate their land when the Seriki Fulani in Igangan, Salihu Abdukadir, was given a quit notice by Igboho.
David, who owns a farm in Kajola village, narrated that the people, who came from Ayete to hand over the quit notice to the Fulani leader, narrowly escaped because they were well fortified.
He said, “When the crisis started in Igangan, the owners of the land where Wakil is staying also said he should leave. Those ones were attacked and they ran back.
“He (Wakil) has driven farmers away from the village. This is harvest time for cashew and the people have been driven away. The cashew nuts are either wasting or Fulani are harvesting them.
“Just few of us who are real men are still around; all the women and children and some men have fled the village. Even those of us in the village also go to town at night.
“Some soldiers came and we were told the Fulani did not allow them (soldiers) to go into their settlement. They were said to have just discussed with them on the road but they were not allowed into their settlement.
“We are pleading with Chief Sunday Igboho to come to our rescue. The police and Amotekun have refused to help us. So, we will appreciate it if he can come here also to help us.”
‌
The Asawo of Ayete, Oba Emmanuel Okeniyi, had earlier told our correspondent that Wakil had become a terror to the villagers.
The Commandant of Amotekun in Oyo State, Col. Olayinka Olayanju (retd.), said he was not aware of the claims of the villagers.
The Police Public Relations Officer in the state, Mr Olugbenga Fadeyi, had also earlier advised the people in the area to report anybody constituting threat to them to the police in the area.
sharing is Caring... Please Share 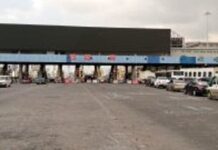