While it seems the menace of kidnapping has reduced in Nigeria with the arrest of Evans, security agencies in Kaduna state just deviced a special strategy to nab kidnappers in the state as gang of notorious kidnappers have just been arrested.

The Nigerian Army on Friday said it had arrested a kidnap kingpin, Filani Auta, at Ligari village of Kaduna State.

The Army Spokesman, Brig.-Gen. Texas Chukwu, said in a statement that the kingpin was arrested along with his two sons during a raid by troops following a tip-off.

According to Chukwu, items recovered from the suspect are two Dane guns and four mobile phones.

“The suspects will soon be handed over to the police for prosecution,” he said. 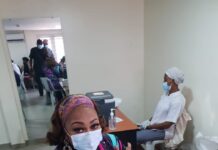