West African politicians and film stars are among thousands calling for action following a BBC report into sexual harassment at top universities.

A year-long investigation by BBC Africa Eye, released on Monday, explored the harassment at the University of Lagos, Nigeria, and the University of Ghana.
The film showed lecturers propositioning undercover journalists.
Three of the men featured, two in Ghana and one in Nigeria, have now been suspended pending investigations.
Social media users and high-profile figures are demanding action and sharing their own experiences
The documentary highlighted a well-known phenomenon that some academics use their position to force students into having sex.
Nigeria’s First Lady, Aisha Buhari, said on Monday that the current situation “simply has to change”.
“It is no longer enough to sweep allegations under the carpet or force victims to withdraw their allegations, victimise or stigmatise them,” she said at a premiere.
The first lady of Ekiti state, Bisi Fayemi, added her voice – while revealing she was also a victim of campus sexual harassment.
“It is time for us to speak up and speak out and for those who do we need to stand with them and not silence them. Because the culture of silence has endured long enough,” she said at Monday’s Lagos screening.
The title of the film, “Sex for Grades,” trended on Twitter in both Nigeria and Ghana on Monday – with hundreds of thousands of mentions and shares.
Many users condemned the actions seen on the film and called for a swift response, while others shared their own alleged experiences.
Nigerian actress Dakore Egbuson-Akande told her 1.1 million Instagram followers “I have also suffered this.” She added that she hopes the film and subsequent discussion marks the start of a #TimesUp-style movement against sexual violence and harassment in the region.
“Women in Nigeria have been suffering all sorts of sexual assault and violence for far too long. Let’s keep the conversation going,” she posted. “You can only attack what you confront.” (BBC)
sharing is Caring... Please Share 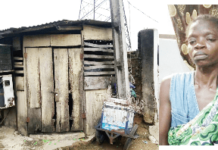 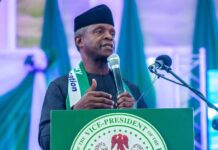 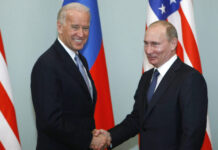