Following the sudden disappearance of a year old boy, Gold Kolawole, at Sotìtobire Miracle Centre in Akure owned by Prophet Babatunde Alfa, the Principal suspect, Chibuzor Elike, who was arrested last week in Port Harcourt by Police detectives has been remanded at the Olokuta correctional facility in Akure.
It could be recalled that Gold Kolawole, who got missing at the creche centre during a program held in the Church premises since last November, hasn’t been released by the kidnappers as his whereabouts is still unknown to the parents.
Meanwhile, Chibuzor Elike, was arraigned on Monday before a Magistrate Court sitting in Akure and facing a three count charge.
The statement in the spreadsheet read by the Chief Magistrate, Mayomi Olanipekun alleged Chibuzor, for threatening the wife of the founder of Sotitobire Church, Bisola Alfa, via a text message, saying that he would kill the one year old boy, if she couldn’t pay a ransom of #800,000 for his release
According to the three count charge against Chibuzor, the offence, contravenes section, 509, 406, 407 of criminal code cap 37 vol 1 of the laws of ondo state 2006
Similarly, the Prosecuting Police Officer, Adeyinka Adesegun, said that he had five witnesses and two were present in the court and thereby prayed the court for adjournment in order to study the Case file well.
The Defense counsel further urged the court to admit the accused person on bail, promising a credible and reliable surety
Meanwhile, the Presiding Magistrate, Mayomi Olanipekun, ordered the defendant be remanded at Olokuta Correctional Facility and sought a legal advice from the Director of Public Prosecution as the case was subsequently adjourned till February 20, 2020.
sharing is Caring... Please Share 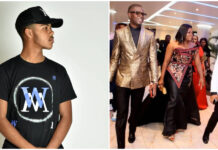