The supreme court has upheld the election of Seyi Makinde as the governor of Oyo State.

The Independent National Electoral Commission(INEC) declared Makinde as the winner of the 2019 governorship election in the state.
But not satisfied with the outcome of the election, the All Progressives Congress (APC) and Adebayo Adelabu, its candidate, approached the election petition tribunal seeking a nullification of the exercise.
The tribunal dismissed the petition on the grounds that the petitioners failed to prove the allegations of malpractices in the election.
Adelabu and the APC proceeded to the court of appeal, where a knotty judgement that did not affirm the election of Makinde was delivered.
The governor then approached the apex court, asking it to set aside the decision of the appeal court.
Delivering judgement on Wednesday, a seven-man panel of justices of the apex court allowed Makinde’s appeal, setting aside the verdict of the lower court.
The court also upheld the election of Nasir el-Rufai as the governor of Kaduna state.
It said the appeal filed by the Peoples Democratic Party (PDP) and Isah Ashiru, its governorship candidate, lacked merit.
“I find no merit in this appeal and therefore enter an order dismissing it,” the court held.
sharing is Caring... Please Share 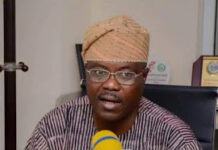