The Police on Monday in Ikeja arraigned a 21-year-old unemployed man, Bright Ebhohimen, who allegedly threatened to rob Fidelity Bank.

The defendant, whose address was not given, is facing charges of conspiracy, threat to life and attempt to steal before an Ikeja Chief Magistrates’ Court.
The prosecutor, ASP Raji Akeem, told the court that the defendant committed the alleged offences on August 20 at a branch of Fidelity Bank in Ilupeju, Lagos.
Akeem alleged that the defendant called the branch manager, Mr. Uche Okam, on phone and told him that his gang would come and ‘collect their shares’ (sic) from the bank.
The prosecutor told the court that the defendant’s phone number was tracked and he was arrested.
According to the prosecutor, the alleged offences contravene Sections 56, 406 and 411 of the Criminal Law of Lagos State, 2015.
The defendant, however, pleaded not guilty to the charge.
The Chief Magistrate, Mrs. O. A. Layinka, admitted the defendant to N100,000 bail, with one surety in like sum.
Layinka adjourned the case until December 16 for mention.
(NAN)
sharing is Caring... Please Share

‘A True Democrat’ — Encomiums For Odumakin As Funeral Rites Begin 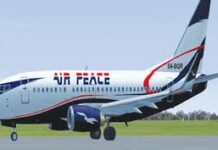 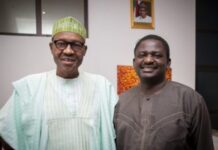 Femi Adesina: Critics of Buhari Over Insecurity Have Evil Hearts 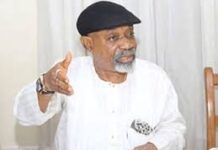 Pasuma Gets Honourary Citizenship In America