16 months after he was unanimously suspended, controversial member of House of Representatives, Abdulmumin Jibrin, made his first official appearance after he left the house. He had a closed door meeting with President Buhari.

The meeting, which lasted for about two and half hours on Thursday, comes one year and four months after the lawmaker was suspended from taking part in the proceedings at the lower chamber of the National Assembly.

Shortly after the meeting, Jibrin told State House correspondents at the Presidential Villa in Abuja that the discussion with President Buhari was private.

On the issue of his suspension, he said: “Well, I cannot comment in that regard.”

“The most important is that I saw him and he is in a very high spirit; I greeted him like a son and he spoke to me like a father,” he added.

The lawmaker, who represents Kiru/Bebeji Federal Constituency of Kano State, was once the Chairman of the House of Representatives Committee on Appropriation before his suspension.

He told Channels Television via telephone on Thursday that his he was worried about the fact that his constituency had not been getting good representation since his suspension.

He also decried the delay in his case which he said was being delayed by originating summons and not substantive ruling, comparing it to some other court cases relating to some lawmakers.

Jibrin was suspended by the House of Representatives in September 2016 over allegations of breaching the practices and precedents of the House.

He was also asked to tender a formal written apology to the House before his future resumption of duties and barred from positions of authority in the House until the end of the 8th assembly.

The lawmaker had accused some principal officers of the House, including the Speaker, Honourable Yakubu Dogara, of padding the 2016 budget.

He had also submitted some documents to four Federal Government’s agencies which he said were evidence against Dogara and 11 others. 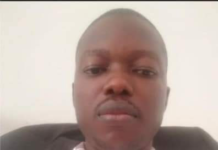 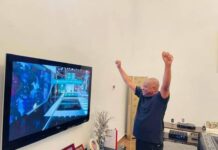