There was a commotion yesterday in the National Assembly as suspected thugs stormed the Senate to reinstate recently suspended Senator Ovie Omo-Agege. They overpowered the security men and forcibly took away the symbol of authority which is the mace around 11:30 a.m.

The invaders, numbering 12, came in three Sports Utility Vehicles (SUVs) which were parked in front of the National Assembly building that houses the two chambers.A few of them took charge of the entrance to the premises while others manned the vehicles.

Within five minutes after alighting from the vehicles, three of the invaders who entered the chamber came out with the mace, got into the vehicles and moved to escape.

On getting to the main gate, they discovered it was already locked. They turned towards the gate linking the National Assembly to the Presidential Villa, popularly called Villa gate, and through the route, they successfully escaped.

Shortly after, the Senate reopened the chamber. The lawmakers remained helpless. It was later learnt that they were holding an emergency closed session.

At the time of filing this report, the lawmakers were still in the executive session.

Deputy Senate President Ike Ekweremadu was presiding at the time the incident happened. The Senate President, Bukola Saraki, is currently in the United States attending the World Bank/IMF Spring Meeting.

Omo-Agege (APC, Delta Central), who was brought back to the chamber by armed men, was arrested at the end of the plenary session at 1:50 p.m. by a team of senior police officers led by the Federal Capital Territory (FCT) Commissioner of Police, Sadiq Abubakar Bello.

His arrest was not without resistance as he had insisted that he could not be arrested in the National Assembly. But he was later overpowered by the security operatives and dragged into a waiting police van.

But some senators engaged in a show of solidarity with Omo-Agege at the chamber, taking turns to walk to the embattled lawmaker at his seat to exchange banters with him. They included Nelson Effingham (APC, Akwa Ibom), Tayo Alasadura (APC, Ondo) and Andrew Uchendu (APC, Rivers).

The Senate condemned an alleged attempted kidnap of two of its members by the armed invaders. It, however, did not mention the names of the senators.

Addressing the lawmakers at a solidarity joint session earlier, Ekweremadu, said: “I thank you for your solidarity.

This morning we had an unusual incident at the chambers in Senate. At about 11:30 a.m. some armed thugs invaded the Senate chambers, assaulted some of our staff and some of the media persons and forcibly took away the mace.

“They passed through the entrance and the gate and left the National Assembly with the mace. They attempted kidnapping two of our senators.

It is an affront on the Senate, on democracy, on the National Assembly, on the parliament, but we are going to stand together to ensure that we continue with the assignment Nigerians gave us to represent them.

“We are going to get to the root of this matter and I believe that I speak the mind of all of you here if I say that the security agencies must recover our mace within 24 hours.”

In a statement shortly after the incident, Senate spokesman, Aliu Sabi Abdullahi, described the seizure of the mace as “an act of treason”, adding that

“it is an attempt to overthrow a branch of the Federal Government of Nigeria by force, and it must be treated as such.

“All security agencies should stand on the side of due process and immediately mobilise their personnel to retrieve the mace and apprehend the masterminds and the perpetrators of this act.”

The House of Representatives condemned the invasion of the Senate. The lawmakers, who suspended their plenary session for 30 minutes to pay a solidarity visit to their counterparts in the Senate, described the incident as an assault on democratic practice in the country.The House while adopting a motion jointly moved by Bode Ayorinde and Director Douye at the plenary presided over by the Deputy Speaker, Sulaimon Yusuf Lasun, directed the Inspector General of Police, Ibrahim Idris, to ensure the recovery of the mace within 24 hours.

Saraki commended the leadership and all members of the Senate for standing firmly in defence of democracy and the rule of law by defying those behind the attack.

Saraki, who spoke from Washington D.C, also lauded the House of Representatives for its solidarity and thereby sending a strong signal that enemies of democracy and those who wanted to undermine the legislature would be resisted by all parliamentarians.

“I have just been informed that some hoodlums invaded the Senate chambers, forcibly taking away the mace and assaulted some of our sergeants-at-arms on chamber duties. I am delighted that the Senate stood up to them by disregarding their unreasonable and shameful action and went on with the day’s proceedings as slated in the Order Paper.

“I associate myself with the comments of Ekweremadu that we are ready to get to the roots of this assault on democracy and ensure that those who were responsible, no matter how remote, are brought to justice,” Saraki stated.

Meanwhile, Vice President Yemi Osinbajo met with Ekweramadu in Aso Rock where he ‎expressed sympathy with the Senate over the invasion.

He said that the presidency would join forces ‎with the National Assembly to avoid a reoccurrence.

Ekweremadu, who was accompanied by the Senior Special Assistant to the President on National Assembly Matters (Senate), Ita Enang, told newsmen: “We have to come and brief the vice president because the president is not in town.

So, it was appropriate for him to know what transpired because we run democracy, we are all in one government and it is the responsibility of the president or the vice president to ensure that there is law and order in the country.

He is going to join forces with us to ensure that we get to the root of the matter, to make sure that this will not happen again.”

There were indications that the attack was actually a reflection of the planned leadership change in the parliament.A security source confided in The Guardian that preliminary investigations revealed that there have been plans to alter the leadership of the Senate during the scheduled absence of Saraki.

“The initial plot was to seize the mace and impeach Saraki and Ekweremadu, who was to be in court on a spurious pending case. But, out of fear that supporters of the Senate president would not allow the impeachment, the plotters decided on getting away with the mace to disrupt further sitting,” he alleged.

The source, which refused to comment on the source of the plot, said the newly introduced bill on revised sequence of election and anticipated suspension of some prominent senators prompted the attempt to disrupt proceedings.

He said the fact that the invaders escaped through the back gate that leads into the villa shows that it received the backing of some operatives in the highest seat of power.

According to him, Saraki’s continued headship of the Senate in the period leading to the national convention of the ruling All Progressives Congress (APC) and the forthcoming presidential primary seems not to sit well with some powerful individuals.

The source rejected suggestions that President Muhammadu Buhari, who is currently outside the country, is privy to the attempt to shut down the upper chamber.

“You don’t expect that such highly risky operation should be brought to his foreknowledge,” he said.

On the insinuations in some quarters that those being identified as hoodlums were actually operatives of the nation’s secret police, the source said there was nothing to “concretise that conspiracy theory.”

The Call For Restructuring Is Suspicious- Buhari 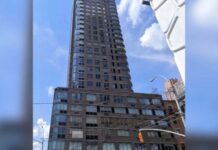 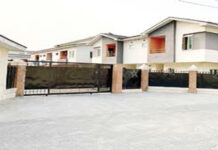