It was with grief and sadness Nigerians received the sad news of the 44 soldiers killed once again by Boko Haram insurgents. This however prompted the president candidate of the Peoples Democratic Party, PDP, Atiku Abubakar, who called on President Muhammadu Buhari-led Federal Government to tell Nigerians the kind of support the military is receiving in the fight against terrorism when about 44 soldiers were killed.

The call he made on Friday in a video posted on his Twitter handle to commiserate with the families of the slain soldiers also awakened some Nigerians especially the Senate on hearing the news as they suspended plenary in honour of the slain officers.

Reacting, Atiku, a former Vice-President, said an investigation into the killing of the soldiers was necessary to identify what went wrong in the clash between the military and the insurgents.

“Fellow compatriots, I take this moment to convey my deepest sympathies and heartfelt condolences to the families of our dear citizens and soldiers who lost their lives in recent Boko Haram attacks.

“Such incidences make me worried about how Boko Haram has managed to overrun our military base when the terror group should have been completely degraded.

“I call for an investigation to find out what went wrong. In this circumstance, we would like to know if our military is receiving the right kind of support to do the work on terror.

“It is my considered view that our military needs all the support and partnerships from our people and government in order to successfully prosecute the war on terror.” Atiku said.

Hushpuppi: Kyari Can Turn Himself In If He’s Sure Of His... 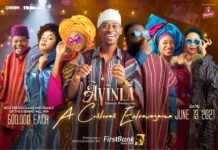