The Bible phrase that asked a question if any good thing can come out of Nazareth seems to be directing the question and this time to the popular Adedibu dynasty in Ibadan. Since the exit of the patriarch, the well dreaded Chief Lamidi Ariyibi Adedibu, not much has been heard about the man who used to be the stronghold of Oyo State politics in general.

It would equally surprise one to know that the late politician whose life was peculiar with political thuggery has Professor as a son and in a the person of Aderemi Abass Adedibu who is the first son of the late “Garrison Commander” of Ibadan politics and bagged his Ph.D in Chemistry from  the Indiana Christian University, Indianapolis in 1981, and became Associate Professor in Chemistry at the Department of Chemistry, Abubakar Tafawa Balewa Unvivesity in 1999.

Now an author of several books in Chemistry, Education, and Mathematics.Professor Adedibu granted the Sun Newspaper an interview where he revealed what has been happening after the demise of his father.

What is the present situation of things among the children, are you still united as a family?

Let me be frank with you, there is what we can call disunity amongst the children. Like I said earlier, we are not too many, we are just like 19 in number. But the major problem is that my father has no will and for him not to have will, that has created a lot of problem among the children, particularly on how we are going to share his estate. My father left behind vast estate; land and buildings.

Is it not strange that you, a Professor and your brother, a Senator allowed your father to die without a will?

Baba knew the essence of writing a Will, I think it was in the later part of his life anyway, but before he died, he said his Will should be done by his brother, the late Arisekola Alao, who knew him inside out. You know what, Arisekola was trying to do all his possible best to handle the issue of the Will so that it will not breed animosity within the family, unfortunately he too died before he could execute the Will. Right now, it’s only God that will intervene for us to share the estate because of what I am seeing.

You father lived and died politicking, highly sophisticated and crude in methods, which though had produced Ministers, State governors, Senators, Reps, Commissioners, Council chairmen and Councillors, but you are nothing near politics, why?

I grew up in an environment where people drink politics everyday, but I saw beyond politics and that is why I chose to be a scientist because it is the most lucrative and reliable aspect in life, it will not give you too much problem. With science, you are ready to sacrifice yourself on issue of development unlike in politics where you deceive human beings. A scientist should stay in the lab, bring up something creative to help in development and not to be poke-nosing into the affairs of politicians. Some scientists do go into politics, but they end up being like them, that is why I shun politics. Worst are Nigerian politicians, who are liars, including my late father, they are dishonest.

You mean your own father was dishonest?

I watched them when they played their game and I can say without any fear that there is no politician in Nigeria that is honest. Nigerian politicians are liars, they don’t fulfill promises. Most of Nigerian politicians are completely dishonest, they have deceived Nigerians and it is time for Nigerians to sit up. Most of them are greedy, selfish, self-centered and dishonest. 2019 is fast approaching, people should ask questions, ask what they have done for their community. In regard to my late father, when he was alive he used some of his own money to feed people. People would bring money to him, he didn’t keep the money, he shared the money.

Election May Not Hold In 2019- Pastor Adeboye Predicts 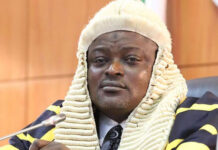