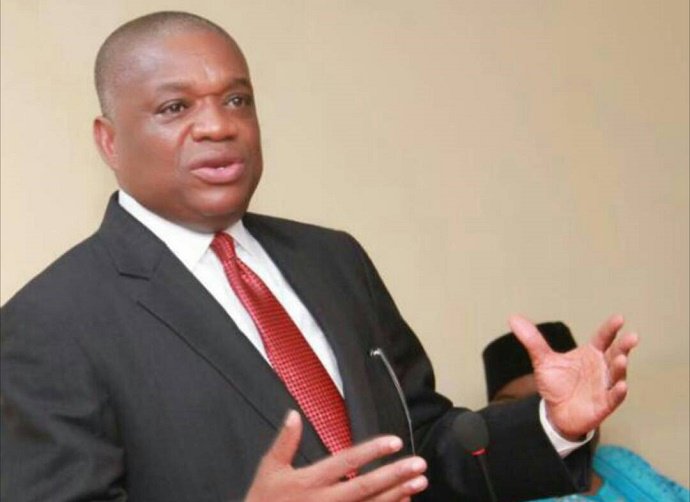 The Chief Whip of the Senate, Sen. Orji Kalu, has said that the use of thugs during elections portends great danger to the nation’s democracy.
Kalu said this on Friday, while inspecting the ongoing construction of the two-kilometer Akama and Ugwuavor Roads in Arochukwu.
The News Agency of Nigeria (NAN) reports that the road was one of the 19 constituency road projects the lawmaker attracted to Abia North Senatorial District.
He spoke against the backdrop of last Saturday’s Aba North/Aba South Federal Constituency bye-election, which was reportedly marred by thuggery and violence.
He called on Nigerians of good conscience and believers in democracy to condemn thuggery in it’s entirety in the nation’s political system.
“What happened in Aba was a shame to our democracy because thuggery is not part of democracy.
“It should not be tolerated. It should be condemned by every well-meaning Nigerian. It is not the right thing to do in a democracy.
“Even security operatives were overwhelmed by what happened,” he said.
He said that he never resorted to thuggery during his administrion as governor of the state.
Kalu, who is a chieftain of the All Progressives Congress (APC), said the party allowed it and conceded defeat “because we value human life.”
He, however, said that the party had learnt its lesson from the experience and would not allow it to happen again.
The former governor (1999 – 2007) also decried the post-election protest by a cross-section of Ukwa/Ngwa nationality of Abia against his political influence in the area.
Reacting to the protest, Kalu said: “They should rather protest against bad roads, government’s inability to pay workers’ salaries and pension.
“When I was governor, I never owed salaries and pension.
“People should demonstrate against government’s failure to provide the dividend of democracy for the citizenry.”
He recalled that as governor, he provided free education and healthcare for the people.
He contended that roads built in Aba by his administration had dilapidated due to the lack of maintenance.
“I challenge the state government and political office holders in the state to show proof of what they have done for their people.
Sen. Chris Adighije, who was part of the project tour, paid glowing tribute to Kalu for the “numerous” constituency projects he had attracted to his people in barely two years in office.
Adighije said: “It is unusaual and unprecedented for a senator to build roads. I wish that the people will not take this for granted.
“I was once in the National Assembly and never in the history of Nigeria had any senator been able to attract this level of infrastructure to his constituency.
Prominent indigenes of the area, including Dr Mike Ukoha, representing Arochukwu State Constituency, the Group Managing Director of AITEO, Mr Ike Okoronkwo, and renowned politician, Mr Nnanna Ugwu, thanked Kalu and APC-led Federal Government for the road projects.
Kalu was received by visibly excited and appreciative natives, especially youths, who accompanied him round the tour, dancing and making merry.
NAN reports that Kalu also inspected work on the ongoing construction of the two-kilometer Itumbuzo-Bende Road.
sharing is Caring... Please Share 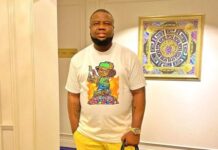