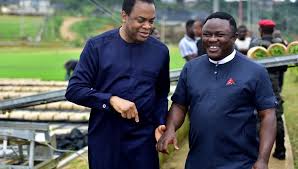 The ECOWAS Court of Justice on Friday ordered the Cross River State Government to pay an outstanding loan of $6.5million it obtained from ECOWAS Bank in 2005 to fund the TINAPA project.

The $6.5million translates to about N2.5billion at the current official exchange rate.
Edward Asante, a member of the three-man panel who delivered the judgment, ordered the statement government to make “immediate repayment of the sum of $6, 455,846” to the bank.
He also ordered the respondent to pay “the agreed interest of 6.5 per cent per annum on the sum of $6,455,846 commencing the August 31, 2018 until date of final payment.”
Mr Asante also ordered the respondent “to submit to the court within two (2) months from the date of this judgment, a report on the measures, including payments, to implement the orders set forth herein.”
How it began
The administration of ex-governor Donald Duke was said to have taken a $10million (about N3.8billion) from the ECOWAS Bank for Investment and Development (EIDB) following a loan agreement dated May 20, 2005.
In its debt recovery suit it filed against Cross River State Government in 2019, EIDB, a financial institution arm of ECOWAS, contended that the respondent “has since the grant of the facility, consistently and persistently failed, refused and or neglected to fulfil its obligations in the loan agreement.”
It stated that as of August 31, 2018, “the sum outstanding as total arrears against the defendant is a sum of $6,445,846.00 (USD) only.”
The bank stated that the Cross River government refused to pay the debt despite series of demand letters, meetings with the state government officials including the incumbent governor, Ben Ayade, in Calabar, the state capital, and the restructuring of the payment of the loan in July 2017.
Responding, the state government said it paid part of the principal and interest until January 1, 2010 but started defaulting “due largely to inadvertence of the previous administration.”
According to the government, this situation led to the facility being “reorganised leading to the restructuring of the outstanding” running through” an additional 10 years with effect from July 1, 2010 to January 1, 2020.
It also disputed the total indebtedness of $6,445,846 being claimed by the applicant on two grounds.
Dangote adbanner 728x90_2 (1)
First, it argued that some payment made in the year 2014 pursuant to the restructuring of the loan facility was not accounted.
It also stated that the stipulated Notice of the Intention to apply any of the penalties in default of repayment as stated in the contract was never given by the applicant and as a result the respondent was ambushed with the implementations of all the penalties.”
Judgment
Delivering judgment on Friday, the three-member panel dismissed the respondent’s grounds of challenging the computation of its total indebtedness to the bank.
Mr Asante held in the lead judgment that the respondent “failed and/or refused to honour payment of its indebtedness to the applicant as spelt out by the terms agreed between the parties and contained in the Aide Memoire dated from June 27 to July 3, 2017 (Annexure “iv”) which kept attracting both the normal and penal interest.”
Mr Asante also dismissed the argument by Cross River State that the bank was not entitled to the claim.
“It follows from the analysis above that the respondent is liable to pay the amount claimed by the Applicant in the sum of $6,445,846.00 (USD),” adding, “Consequently, the court dismisses the claim of the Respondent that the outstanding sum claimed by the Applicant is unsubstantiated, wrong and invalid.”
ADVERTISEMENT
Although the court granted the prayer for immediate payment of the principal loan and the 6.5 per cent interest rate, it refused to grant the request for immediate execution of the Irrevocable Standing Payment Order (ISPO)”, a clause in the loan agreement.
The ISPO is a loan condition precedent mandating the Nigeria’s Accountant General of the Federation to make deductions to satisfy the state’s indebtedness.
The court also refused to grant the applicant’s claim for solicitor’s fees on the grounds that it was not backed by documentary evidence.
Other members of the panel, Dupe Atoki and Januaria Costa, agreed with the judgment delivered by Mr Asante who delivered the lead judgment.
The disputed loan
The purpose of the loan was to part finance the TINAPA Business Resort, Calabar, Cross River State, which was a signature project of the Duke administration.
The project, a business and leisure resort located in Calabar, was designed to boost business and tourism in the state, but has barely succeeded.
It was constructed by Julius Berger as main infrastructure contractor, and the EIDB was said to have settled its invoices, at the request or orders of Cross River based on the loan agreement.
sharing is Caring... Please Share 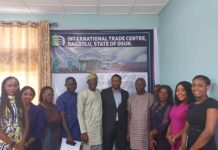 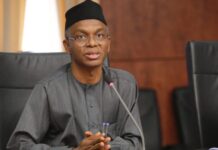 Many Injured As Truck Conveying PDP Protesters In Abuja Tumbles