A Professor of Palynology and Palaeoecology, Olugbenga Ebenezer Ige of Adekunle Ajasin University, Akungba Akoko, Ondo State, has advised government to engage palynology in stemming down the prevailing kidnapping incidents in the country.

Ige said the development will assist in identifying the kidnappers den through subjecting materials (clothing, shoes) from released victims to pollen analysis.

He made the call while delivering the 11th Inaugural lecture of the University, entitled, Wanted! Dead and Alive: Palynomorphs as Microscopic Signal to the Past and Present.

While advising government to establish Forensic Palynology Laboratories in the country which would help in locating the specific areas in the country used by kidnappers to hide victims, the Don noted that, Adekunle Ajasin University, Akungba Akoko, Ondo State, will be ready to pioneer such investigations.

He also called on the government at all levels to urgently stop the prevailing reckless destruction of vegetation and forest if the nations future is to be assured.

Ige said ,there is urgent need to reverse the wanton destruction of our vegetation particularly forest where over 90% of our biodiversity is domiciled.

According to him, conscious efforts should be made by the government to stop or slow deforestation.

His words : “Nearly all vegetation in Nigeria had been degraded and the Tropical rainforest is fast becoming derived savannah. About 30% of Earth’s land surface is covered by forests but deforestation is taking place at an alarming rate in the last 80 years because of the increasing attitude of our people in construction of roads, industrialisation, urbanisation, lumbering, among others. This is putting palynology (the study of pollen grains and spores of plants) in great danger.

“Nigeria is one of the 37 countries listed as having Low Forest Cover with High Rates of Deforestation (LFHD). The effort of the Forest guards and rangers in Nigeria should be improved so as to effectively manage our forest. Extensive afforestation campaign should be launched in the interest of environmental protection.”

Ige added that the removal of trees without sufficient reforestation has resulted in damage to habitat, biodiversity loss and aridity with adverse impacts on bio-sequestration of atmospheric carbon dioxide.

He urged the government to enforce a policy of “One man One tree” approach for sustainability of the nations forests, noting that, in many parts of the world, especially in East Asian countries, reforestation and afforestation are increasing the area of forested lands.”

He commended the immediate past government of Ondo State for doing a lot through in its urban renewal initiatives, adding, I recommend this policy to all the three tiers of government in this country.

The Inaugural Lecturer tasked the National Assembly to promulgate and enforce Nigeria’s environment act in order to check the incessant flooding in some parts of the country.

Why I Love Staying Around Women –Oga Bello 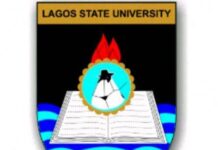 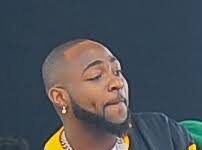