It may be the end of the road for the embattled senior lecturer of the Nnamdi Azikiwe University, Awka, Peter Ekemezie, as his appointment has been terminated by the institution.

While disclaiming Ekemezie’s master’s degree as fake, the UNIZIK management also withdrew the Doctor of Philosophy already awarded him.
The university said it found him culpable of plagiarism and working on a full-time in the school and in other institutions simultaneously.
These followed a series of investigations by our correspondent on the fraudulent academic records of the Anambra State indigene, which were said to have been covered up for nine years.
Ekemezie was employed by UNIZIK in July 2010, but his employment immediately generated controversies, because he was employed as Lecturer I, Level 11, instead of Lecturer 2, Level 9.
Sometime in 2013, one Mrs Egolum claimed that the suspect collected money from her to help her process a special degree programme at the University of Port Harcourt.
Investigation into the allegation by a senior staff committee set up by the management of UNIZIK led to the discovery that Ekemezie himself was parading a forged BSc certificate from UNIPORT.
The committee’s recommendation to the management was swept under the carpet.
A few years after, some lecturers accused Ekemezie of using plagiarised works to gain promotion and special favours from the institution, an allegation confirmed by another committee set up by the school.
Like that of the BSc certificate, the recommendations were also ignored.
Ekemezie shot himself in the foot when he wrote a petition to the Commissioner of Police, Anambra State, accusing some lecturers of fighting against his promotion.
The police investigated and their discoveries led to his arraignment for the BSc certificate forgery.
Still, the university did not act.
Rather, Ekemezie was said to be going through the process of being promoted to the rank of a Reader (Associate Professor).
This was when The PUNCH started investigating the matter.
Our correspondent discovered that aside from the plagiarism and alleged certificate forgery, Ekemezie’s claims to being an external examiner at the Ambrose Alli University, Ekpoma, and University of Benin, were false.
The embattled lecturer later concocted lies against our correspondent and instituted a suit against him before a magistrates’ court in Awka. The case was, however, struck out.
Further investigation into his records showed that he did not also meet the minimum requirement for his postgraduate diploma, master’s and Doctor of Philosophy degrees, all awarded by UNIZIK.
Ekemezie completed his PhD in just 14 months instead of 36 months. His supervisor, Prof. P. A. C. Okoye, declined comments when queried on this curious scenario by our correspondent.
In a reaction to the outrage that greeted the revelations, the UNIZIK council suspended Ekemezie in July and set up a committee to look into all the allegations against him.
It also ordered the verification of all staff certificates.
Our correspondent gathered that the Joint Council/Senate Disciplinary Committee submitted its report on Thursday, October 10, and the Governing Council called an emergency meeting.
The committee investigated the authenticity of Ekemezie’s postgraduate certificates allegedly issued by UNIZIK; the duration of studies leading to the award of the PGD and PhD degrees; if he was a full-time lecturer at the Paul University, while at the same time a staff member of UNIZIK; and issues of plagiarism.
The Registrar, UNIZIK, Philomena Okoye, said in a statement at the end of the council’s deliberations, it was resolved “that ‘Dr’ Peter Ngoesina Ekemezie’s purported MSc statement of result (Reg. No. 2004351001P) did not emanate from the Nnamdi Azikiwe University, Awka, and it is hereby publicly disowned.
“That ‘Dr’ Peter Ngoesina Ekemezie’s PhD certificate (Reg. No. 2007547004P) with effect from August 3, 2009, was issued to him in error as he supplied the university’s postgraduate school with false information to obtain the result. Consequently, the PhD certificate is hereby publicly withdrawn.”
She added that Ekemezie had been dismissed from the services of the school and warned members of the public not to transact any business with him.
Ekemezie’s sack letter obtained by our correspondent indicated that he had also been asked to return all the university property in his possession to the head of the department.
The registrar confirmed the development to our correspondent on the telephone.
Meanwhile, Ekemezie is still standing trial at a magistrates’ court for alleged false information and forgery of his BSc certificate.
While accusing the police of bias, he had filed a motion for the enforcement of his fundamental human rights at a high court against the Investigating Police Officer, Commissioner of Police and others.
One of the lecturers joined in the suit, Dr Chigozie Anarado, said the high court had a fortnight ago dismissed Ekemezie’s application and ordered him to pay each of the seven defendants N25,000.
sharing is Caring... Please Share 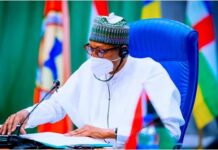