Primate Babatunde Elijah Ayodele of INRI Evangelical Spiritual Church has predicted that the Peoples Democratic Party (PDP) would not win the coming election in Kogi State following the failure of Senator Dino Melaye to clinch the party’s gubernatorial ticket at primary election held last week.
Ayodele had cautioned that the Senator representing Kogi West might lose the ticket to Musa Wada or Ibrahim Abubakar during an interdenominational service held penultimate Tuesday due to what he described as negligence on the part of the senator.
The popular seer had predicted that PDP would only succeed in unseating the ruling All Progressives Congress, APC, in the state if Melaye emerged its candidate during the presentation of the 2019/2020 and Beyond edition of Warnings to the Nations, a collection of prophecies and revelations for Nigeria and countries of the world, in which he also predicted the death one of Africa’s strongest Presidents, a fortnight ago. Former President of Zimbabwe, Robert Mugabe, died last Thursday at age 95.
Ayodele blamed the federal government for not being proactive to forestall the recent attacks against Nigerians in South Africa. “The attacks against Nigerians in South Africa is regrettable. I predicted this in the current edition of Warnings to the Nations. Check page 196 of the book. It is regrettable that the government failed to heed this warning.
“This is a wake-up call to the government concerning other predictions about the nation. The government needs to take the revelations on other major predictions including flooding in unusual places in the country and pipeline explosion. The Federal Government must take proactive steps to forestall avoidable loss of lives in the country,” he stated.
The man of God also warned the government to be more alive to its responsibility in putting adequate and proper machinery in place in order to guard against worsening security situation, saying the nation’s security outfits could come under more threats.
He also predicted that incumbent governor of Ondo State would secure a second term ticket except the PDP was able to field a formidable candidate for the governorship election in the state.
sharing is Caring... Please Share

How Buhari Fired Adamu As IGP While In Imo 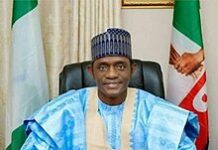 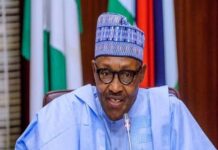 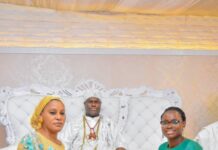