Adenike Quadri is the beautiful wife of veteran actor, Alhaji Yinka Quadri and they have been married for 30 years now and blessed with four children, Muyiwa, Yewande, Olajuwon and Folarin Quadri. They are also blessed with grandchildren.

UK to allow driverless cars on public roads in January 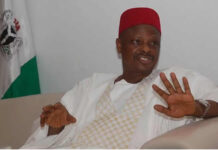