As yuletide period is fast approaching. Lagos State Governor, Mr Akinwunmi Ambode on Wednesday urged security agencies to take practical steps to be ahead of criminal elements and as well build on the successes recorded so far in making the State the safest in Africa.

Speaking at the 12th Town Hall Meeting on Security organised by the Lagos State Security Trust Fund (LSSTF), Governor Ambode said though the security agencies deserved commendations for their efforts in securing the State, but that more strategies and policies have to be adopted to outsmart hoodlums especially during the yuletide season as well as the electioneering period now that the country is approaching the general elections in 2019.
He said in the last few years, a lot of investment had been made in securing the State which had paid off, but that more investments needed to be made to further enhance the security architecture of the State. According to him, “Has our investment paid off, I would say yes it has. Have we really invested enough in terms of security, the answer is no and the truth is it can never be enough and so it is not a matter of we are getting there but it is an everyday thing.
“As long as we want to go out in the night, as long as we want to enjoy Christmas and have night out, these other good guys (men of the underworld) are thinking about us and so we have to be two steps ahead of them all the time in terms of strategy and reforms we need to make.
“So, obviously we need to think about how to outsmart them and believe me this is their season and so we need to smart up and be vigilant and that is the message because they are not going to relent and again, election is coming and they can be easy tools; so we need to outsmart them,” Governor Ambode said. He said it was gratifying that the huge investment in security had positively reflected in the State, but that more investment would have to be made especially in the area of technology, just as he assured that his administration would continue to do that.
While also expressing optimism in the ability of the Governorship candidate of All Progressives Congress (APC) in the State, Mr Babajide Sanwo-Olu to sustain the policy. “Our return on investment has been very good to the point that Lagos is right now the safest city in Africa, and then the collaboration of the LSSTF with the private sector has been wonderful but again we need to increase investment in technology and also communication kits. “I reiterate that we will continue to support security agencies and I also believe strongly this is one of the programmes that I met and I believe strongly that Mr Sanwo-Olu will continue in this same direction,” Governor Ambode said.
Responding to issues raised by participants at the meeting especially on the increase in number of beggars on the road with attendant security risk, the Governor said government was already perfecting plans to set up a Special Task Force consisting of plain cloth personnel to prevent security breach. “Lagos is a victim of its own success.
Many people are coming to Lagos in droves and this is November/December meaning that more people are coming into Lagos but we are having the same capacity that was used to manage twelve million people and now using same to manage twenty-three million people and so, obviously do we stop being successful, the answer is no but we need to now stretch our delve  to be able to manage our success and also create more facilities to be able to do that. “What we are trying to do is to set up a Task Force for this December/January and the campaign period to see how we can use plain cloth people to mix with police officers and the LASTMA (Lagos State Traffic Management Authority) officials without people realizing that they are there to mitigate some of these things,” he said. He added that the government would also explore collaborating between the police and the judiciary to expeditiously deal with the menace posed by area boys and hoodlums, saying such was necessary in the larger interest of the State, while also directing the Neighbourhood Safety Corps to extend their activities deep into the communities across the State to deepen security. While appreciating donors who have contributed to the security architecture of the State, the Governor said it was important for more emphasis to be placed on enforcement, adding that the people must also endeavor to give out information to security agencies promptly.
“I want to say a big thank you to all those who have made Lagos very peaceful. The most important part of this assignment is to make sure that Lagos continues to be safe. Making Lagos safe technically means we are growing the GDP of Lagos because once the city is safe, we can increase production, more people would pay their taxes and then we can use the money to improve on infrastructure; and then the city grows and people live a more comfortable life “We must continue to lay emphasis on enforcement and we continue to make sure that the things that we are doing are correct. I can promise the people that with everything that we have, we would make sure that we have a very good end of the year and ensure that Lagos remains very peaceful.
“Security is a collective responsibility and we must all contribute for the safety and security of lives and property. Everybody must be vigilant and report strange things around us promptly. That is the only way we can continue to secure the State,” the Governor said, just as he advocated reform in the funding model for security to bring about sustainable framework. In his presentation, the State’s Commissioner of Police, Mr Imohimi Edgal commended Governor Ambode for his massive investment and commitment to security of lives and property, saying the achievements recorded by the Command were largely due to the support of the State Government.

He said in tackling the security threats from the creeks, it was instructive to note that the Governor recently approved the procurement of six additional gunboats to effectively police the waterways, among other interventions by the State Government. On crime statistics in the State from November 2017 to September 2018, the CP said 233 robbery incidents were foiled by the police in the last one year, while 701 arms and ammunitions were recovered, with nine kidnappers and 669 cultists arrested in various parts of the State. He said 290 armed robbers were arrested with 15 dead during encounter with the police, while a total of 186 murder cases and 43 suicide/attempted suicide cases were recorded However, the CP said one police officer was lost during the period under review.

I’m With APC And I Have No Plan To Leave- Segun... 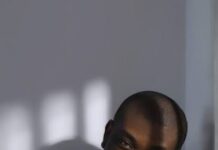 Don Jazzy: My Dad Used To Farm While My Mum Sold...